Where have the downloads gone? Updates from INVISIONify 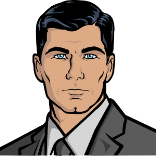 By V0RT3X,
October 27, 2021 in Questions and answers for community builders